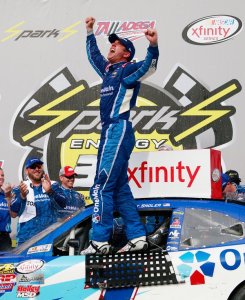 After a green-white-checkered (flags) dash to the finish, 2016 NASCAR XFINITY Series (NXS) veteran driver, Elliott Sadler, wins Saturday’s NXS Sparks Energy 300 at Talladega (Ala.) Superspeedway (TSS) as the leaders wreck just within seconds to the drop of the checkered flag.

Sadler, who broke a 65-race winless streak, received his first series victory and eighth top-10 finish of the season, his 11th series career victory in 305 races and his second series victory in eight races at TSS.

Justin Allgaier finished behind Sadler to finish in second-place, and they were followed by series Rookie of the Year (ROTY) contender, Brennan Poole finishing third, Jeremy Clements fourth and Brendan Gaughan finished fifth.

With his victory, Sadler breaks the tie for the lead with Daniel Suarez and leaves Talladega the series’ points leader.

Up Next: The series takes the next weekend off and returns to action at Dover International Speedway on Saturday, May 14th, with an approximate starting time of 2:20 p.m. (ET) on FOX.

NASCAR post-race inspection is done. No issues. No cars to the R&D Center. 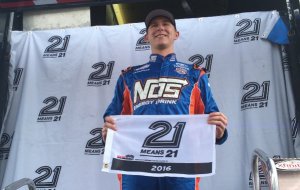 Early Saturday afternoon at Talladega (Ala.) Superspeedway, Matt Tifft – with a qualifying lap speed of 181.168 MPH -captured his first career NASCAR XFINITY Series (NXS) pole (in his sixth series’ start), and will lead the field to the drop of the green flag in today’s Sparks Energy 300.

The 25th annual Sparks Energy 300 is scheduled to get underway around 3:20 p.m. (ET) this afternoon on FOX. 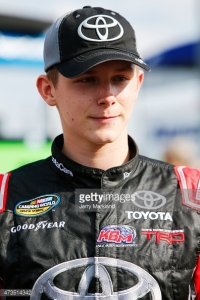 The series returns to the track Saturday morning at 10:30 a.m. (ET) on FOX Sports 1 for qualifying to determine the starting lineup for that afternoon’s race.

The 25th annual Sparks Energy 300 is scheduled to get underway around 3:20 p.m. (ET) Saturday afternoon on FOX. 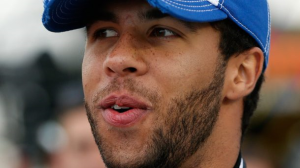 The 25th annual Sparks Energy 300 is scheduled to get underway around 3:20 p.m. (ET) Saturday afternoon on FOX. 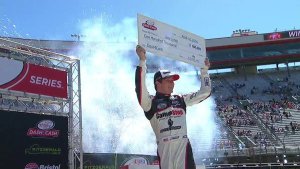 Erik Jones emerged from a restart with three laps remaining to surge to victory Saturday in the NASCAR XFINITY Series at Bristol Motor Speedway, pocketing a $100,000 bonus as part of the series’ Dash 4 Cash promotion.

Jones wheeled his Joe Gibbs Racing No. 20 Toyota past Kyle Larson’s No. 42 Chevrolet in the 198th of 200 laps, then held off a charging Kyle Busch by .419 seconds at the checkered flag. His win in the Fitzgerald Glider Kits 300 was his first XFINITY triumph of the season, his first Bristol win in the series, and the third of his XFINITY career. 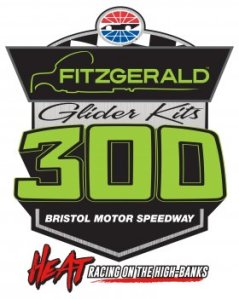 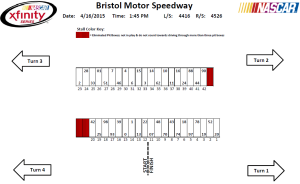 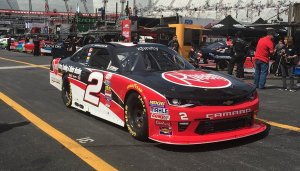 Austin Dillon will start the main in 2nd because he had a faster qualifying time compared to Erik Jones, who won the first heat. Finishers of this heat race will lineup on the outside of the feature in even-numbered starting positions.

Ty Dillon and Daniel Suarez, being the top 2 XFINITY regulars in the heat, will join Erik Jones and Justin Allgaier in running for the Dash 4 Cash bonus in the main. 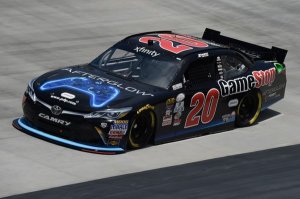 The Michigan native started from the pole and led all 50 laps of the event, which was the first of two heat races s that will precede the main event later this afternoon, the Fitzgerald Glider Kits 300.

Jones lapped 11 of the 20 drivers entered in the event. 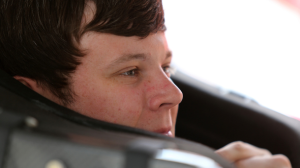 “Starting up front is big any time at Bristol, whether it’s a heat race or main,” Jones said on Fox Sports 1. “It’s just nice to start up front. Hopefully, we can stay there. 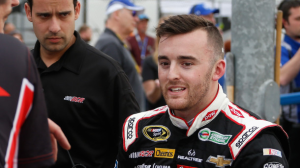 “Pretty cool to get the pole here. It’s been a couple weeks where we have been second, so it’s nice to finally get that pole and give us some momentum for the race today.

Austin Dillon was second fastest. He’ll start from the pole for the second heat race. His speed was 125.543 mph.

“It’s probably one of the best Xfinity cars we’ve had all year long,” Dillon said. “We’re going to do our best to stay up front and win one of these heat races and have fun from there on out.”

2016 NASCAR XFINITY Series (NXS) driver, Blake Koch, with a lap speed of 123.666 MPH, was at the top of the speed chart Friday afternoon at end of the final NXS Fitzgerald Glider Kits 300 practice session at Bristol Motor Speedway (BMS).

Qualifying to determine the starting lineup for Saturday’s race will be held that morning at 9:30 a.m. (ET) on FOX Sports 1.

Dash4Cash Heat Races: After qualifying and at 12:30 p.m. (ET) on FOX Sports 1 the series will have their first heat race (50-laps), and then the second heat race (50-laps) will get underway around at 1:10 p.m (ET) on FOX Sports 1. The top-two highest finishing drivers from the two heat races will make up the four drivers eligible to win $100,000, which goes to the highest finisher of the four in the main race.

The 34th annual Fitzgerald Glider Kits 300 is set for the drop of the green flag to start the race at approximately 2:00 p.m. (ET) Saturday afternoon on FOX Sports 1.